ROPP Full Form or meaning in Business and Product sector is: Roll-On-Pilfer-Proof 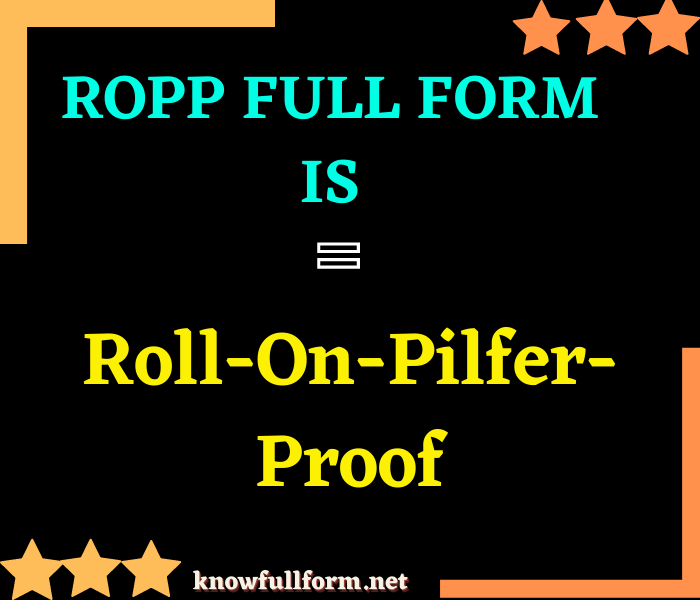 The ROPP abbreviation stands for Roll On Pilfer Proof,  the term used to describe the roll-over, Pilfer-Proof cap. It is made of a fine grade of Aluminum, which gives it ductility. Although the ROPP is not actually pilfer-proof, it is tamper-evident. It has been widely used in the wine and distillery industries.

This material has become an increasingly popular option for the production of liquid packaging.

Other Significant Full Form of ROPP